A stable foundation for more storage space in Upper Austria

The project site is located north-west of Linz in Mühlkreis. Geologically, in the transition area from coarse-grained pearl gneiss to Weinsberg granite.

The general soil structure can be described as follows: The low-density topsoil overlies a layer of weathering loam up to 3.5m thick. Below the weathered clay layer, before the bedrock (pearl gneiss or granite) is encountered, there is a weathering horizon of granite, which is locally called "flins".

The primary terrain presents itself from north to south as a valley depression with elevation differences of up to 7.5 meters. In the north, as well as in the south of the site, the bedrock dips to just below the top edge of the terrain. In order to obtain a level building area, the entire valley basin was backfilled using cement-stabilized material. The civil engineering specialist PORR opted for the TRM pile system. The deep foundations for all parts of the building (production and storage halls, high-bay warehouse, etc.) were provided by ductile TRM piles.

In order to be able to transfer the loads safely into the subsoil, the piles had to be guided down to the bedrock. Due to the geologically difficult situation, with the top of the rock repeatedly rising and falling, the ductile TRM driven pile was able to establish itself as the foundation element. Due to the flexible adaptability of the pile lengths, this foundation variant proved to be the ideal solution, both economically and technically. Approximately 11,000 linear meters were placed underground in this way, thus securing a stable foundation for a measure that will provide an Upper Austrian producer with more storage space. 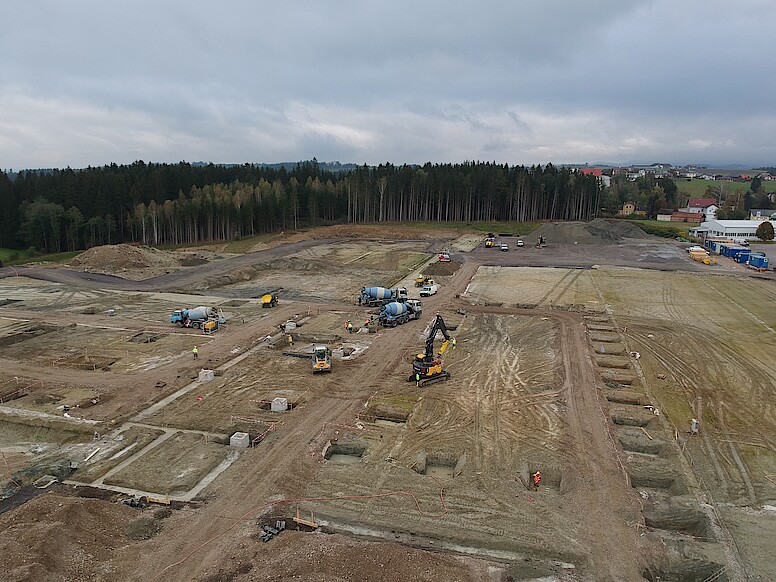 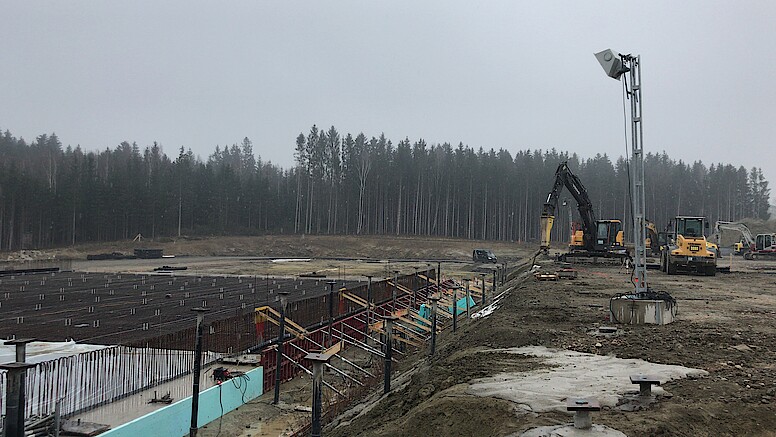